A search with misunderstood complaints 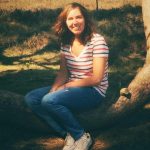 In November of 2018, I was hospitalized for the first time on the Urgent Cardiac Care ward. When I got up I felt tremendous pressure on the chest, was completely clammy, had two tired arms and was sick as a dog. Before this I had been struggling with my health for over a month. I was also very tired for a long time and did not really ever recharge. A month before I ended up on the Urgent Cardiac Care ward I had a respiratory infection; when that was gone I got pressure on the chest / pain and I became short of breath from even very light exertion. I didn’t understand … and how do you explain that to the doctor? I already had the feeling that it had to be related to my heart. My family is familiar with cardiovascular disease. And that was one of the reasons why it could be my heart. But the GP responded “do you think you have now had a heart attack, because then you would not be sitting here like this.” Nevertheless at my urging they agreed to order an ECG. When leaving the room, the doctor said … “you have possibly had it, but now you can withstand the winter again”. With that she was referring to the fact that it was just simply going to have to ride it out.

The next day I came for the ECG, but I was a wreck. The doctor thought it was irresponsible to make an ECG with exertion. She said with your history (6 years ago I had pulmonary embolism) it could be a pulmonary embolism. This was checked through blood work and luckily nothing turned up. Because I work in the hospital and I did not get any further with my GP, I contacted the pulmonologist who had treated me for pulmonary embolism and pneumonia in the past. He then did a chronic hyperventilation test to be sure. He concluded that I was slightly hyperventilated, but it had to be due to an underlying ailment. He went to refer me to the cardiologist but before I was called up I was back on the Urgent Cardiac Care ward. They got blood work done and I got nitro spray for under the tongue. After a while I felt some improvement, but was exhausted again. There was nothing to be seen in the blood and on the ECG. The cardiologist said at the time that it could be related to the small blood vessels of the heart. I received appointments for a CT scan and an ultrasound of the heart. A few days before the examinations were to take place I was again on the Urgent Cardiac Care ward. I felt bad and the pressure on the chest did not diminish. This time too the blood work and ECG looked good and I was sent home. A few days later I got the exams and the cardiologist explained that my large coronary arteries were clean and the ultrasound looked good. This was of course very reassuring, but on the other hand, it also caused a lot of uncertainty. The cardiologist referred me to a cardiologist with more knowledge of the woman’s heart. Just before Christmas of 2018 I felt a lot of pain on the right side of my chest; this was new… it didn’t subside after rest like the other complaints I had (pressure / pain) chest, shortness of breath, pressure between the shoulder blades, pain in the neck, shoulder). To be on the safe side, I was sent to the Urgent Cardiac Care ward by the GP, but even now nothing came out of the tests.

I was so relieved that on New Year’s Eve I finally had an appointment in another hospital with a cardiologist who knew the woman’s heart. Through her I received losartan (blood pressure medication) and had an MRI with adenosine (blood flow measurement). When nothing came out of this, my heart really sank. We have decided after consultation to have my lungs checked anyway, to rule out that something is wrong with this. No sooner said than done. Had all kinds of lung function tests and a CT scan to examine my pulmonary veins. It could have been because of the pulmonary embolism I’ve had, that a little clot got stuck. At some point, you just hope that something comes out of it all, no matter what. You just want a diagnosis. My gut feeling said that nothing would come out of this, but that the small vessels of the heart had to be examined. The lung specialist indicated that my lungs were functioning excellently, but that did not explain why I was standing completely out of breath at the top of the stairs.

I sent an email to Heart for Women asking if they could do something for me. I then came into contact with Professor Angela Maas and briefly explained my case to her. She made sure that I could go to see her at her clinic, and this was as a real gift for me! At the end of the conversation with Dr. Maas the redeeming word was said… I have Coronary Microvascular Dysfunction. Although I don’t want this at all of course, my husband and I were very relieved that there was finally a diagnosis. Not only clear to us as a family, but also to remaining family, friends and coworkers. Because yes, that was also one thing, of course I really wanted to run around the hospital in my white suit again because that was my passion but was now impossible. Now with a diagnosis I can explain how I feel and I can better monitor my limits. Unfortunately, I still cannot function in a work situation, but I still hope to be able to do something for people with cardiovascular disease in the future.

In September of 2019, I had a catheterization with a coronary function test. They were able to measure that there is indeed resistance in my small blood vessels. Unfortunately, they cannot see what exactly is going on with the small vessels. Hopefully, with more scientific research, they can better visualize the small vessels, so that they can reach a better diagnosis and create a good treatment plan. With medication, Dr. Maas is trying to reduce my symptoms so that hopefully I can do more in the future, but a large part is that I have to adjust to my heart condition and not only me, but also my husband and two children. All day long I have to think when I do this, then I can’t do that, etc… That is very difficult with a growing family, family and friends.

I keep going and don’t let myself to be put off!