How is it going to be? 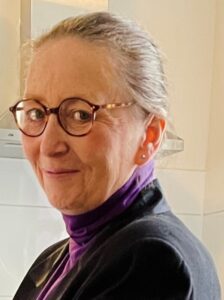 Time is going by fast. That’s something everyone hears more and more often these days. It is also a fact. It is going fast. Sometimes too fast. But of course, that could just be me or my current situation. What that is? Look, it’s like this…

First of all, let me introduce myself. I’m Pamela. An American, but have been living in my beloved Amsterdam since 1984. I am a journalist, editor and translator. I also have my own text and translation agency. And I am a heart patient.

I’ll tell you how that last one came about. Something that definitely does not come naturally by me because this is the first time that I have openly written about what happened to me on that special day and how I have learned deal with it.

On Friday, February 10, 2017 I was working in Hilversum at the NTR as English Editor-in-Chief for Net in Nederland (New to the Netherlands). It was a great job with great colleagues and a fantastic group of 16 translators that I was responsible for who supplied all the English texts. It had been a busy week, like most with a job like this. But I thoroughly enjoyed it. Although on the train back home this particular Friday, it was different than usual. It seemed as if I was a little too tired. And just felt a little… weird. I wasn’t really in pain or anything, but something wasn’t quite right. Things seem to be off a bit.

I was happy once I got home. But after that everything went downhill pretty quickly. I became a little short of breath and nauseous. Not that I had to throw up or anything. But was left burping heavily. And no little ones either. Huge burps which just would not stop.

While all this was going on, I got several calls on Facetime from Dawn, my best friend in Harlem, New York City. I didn’t answer. I always answer. But not now. She knew immediately that something was wrong. And started texting me back-to-back. That she was so worried about me and if everything was okay. No, everything was clearly not okay. But what to do?
I had been thinking about going to the emergency room for over an hour now. But for what? I hadn’t even been to the doctor in twenty years, let alone the hospital. And for what now? “I feel weird and I burp a lot.” I don’t think so.

But Dawn persisted. So, I gave in. With great reluctance. I put on my coat, called a taxi and immediately went down my steep stairs. The taxi was there within less than a minute. Yes, I know. Within a minute on a Friday evening in Amsterdam. The wonders clearly never cease. I live in the city center and I am close to OLVG Oost hospital. And that’s where we went too. Once we arrived, everything went very fast.

I checked in at the desk. Just said I wasn’t feeling well. Within two or three minutes I was taken back into the emergency room, surrounded by more and more doctors. There was clearly a sense of panic.

After the initial tests, I was told, “You’ve had a heart attack. And you also are suffering from the women’s ailment. You have had several heart attacks in the past without noticing it. As a result, your heart has probably now suffered a lot of permanent damage.”

Women’s ailment? When I hear that expression, I think of maybe a hundred things but no heart problems. However, I’m sure I’m not the only one who thinks so. But here we are. Now headed to the cardiac monitoring ward in the Intensive Care Unit. In the meantime, my son Jaap had arrived and later Edwin, one of my many beloved bonus kids. They stayed with me all night.

That damage to my heart turned out to be significant. “The right side of your heart is not functioning and is almost dead, and on the left side your pumping function is only 30%.” Not something you expect to hear of course. I also retained a lot of fluid. I had suffered from lipedema and lymphedema for almost 30 years, so was used to retaining fluids. But I hadn’t taken anything for this for years because it had become a kind of vicious circle of just taking diuretics incessantly for years, and losing several kilos of fluid every night and the next day those kilos were right back on. At some point I just had enough and decided to stop taking the diuretics altogether and learned to live with it as I was.

This evening – since my arrival at the OLVG – I had already lost almost 8 liters of fluid. Only in few hours in the emergency room. Complete madness! Many examinations followed. Lots of medications too. I had only taken an occasional Paracetamol for 20 years. And now suddenly almost 20 kinds of pills? Every day? What is happening here?

I stayed at the OLVG for over two weeks where I received really great care from fantastic doctors, specialists and nurses. My thanks for that are great. Once home, the recovery began. And now, five years later, that recovery continues. Every day all over again. In the meantime, my heart function on the left side has increased considerably to about 42%. The right side has recovered somewhat according to my cardiologist. I have always had this weird image in my head of the right side of my heart all these years. Like a hunk of dead and dark flesh. There was also a doctor in the beginning who said to me, “We can’t bring dead tissue back to life.” That has always stuck in the back of my mind. But now, it seems it’s not a black scary hunk of flesh anymore but some kind of fairly normal looking heart. Nice. Can that other image now finally get out of my head please?

I still have a lot of problems with my heart folks. Many problems, like now two leaking heart valves, heart failure, atrial fibrillation, a pacemaker, and the list goes on. Also, kidney problems and more. But I’m still here. And those numerous medications? They are becoming fewer and fewer happily thanks to my top caregivers.

Last July I turned 60. A special day and one that I never expected to get to see and experience. That’s why I went to the OLVG Oost on the morning of my birthday. With gifts and thank you letters for my cardiologist, heart failure specialist and my doctor from Internal Medicine. Because without them – and the many other top medical professionals there – this day would certainly never have come for me. Because that first night in the ER I was told that I probably wouldn’t have survived if I hadn’t come to the hospital. Thanks Dawn.

And my beautiful job in Hilversum? More than three weeks later I was on the train again headed back there. Although only half days in the beginning. But I was there. I worked at Net in the Netherlands for about 16 months. Then as a translator for other broadcasters there. And I still do. Because my work is everything to me. I have translated several books about, amongst other things, the Middle East and have also worked creating subtitles for various beautiful documentaries and numerous films. All of this has been hit hard by Covid-19 of course. Just like for so many people everywhere. But more and more work is slowly coming in now and I’m still very hopeful about the future. There are many beautiful jobs in the planning in the near future and I am really looking forward to it all.

Because of everything I’ve been through, I’ve naturally gained a lot of experience about heart problems in women. That is why I am happy to work as a volunteer at VrouwenHart (Women’s Heart) and hopefully also will be doing more with the Global Heart Hub in Dublin in the near future. By sharing the knowledge and experiences with each other, this can certainly have a major positive influence for so many women in their recovery and learning to live and deal with heart problems. Because knowledge is power. Therefore, pass it on.

And now – on every February 10 – I always try to do something special to celebrate that I’m still here. I think that’s very important. And fun. I even have a special name for it: my “Viel Niet Dood Neer Dag” in Dutch or in English, my “Didn’t Drop Dead Day.” A day to be celebrated, of course. With a concert or something else fun. Because I’m still here. But not all my friends can appreciate my name for this day, unfortunately. They see it as something very negative. But it certainly isn’t. It’s all quite positive. Because I’m still here. And that’s the most beautiful thing there is, dear people.

We will see how it will be in the future. Life is full of surprises. I now know that better than anyone now. And I’m very curious about what’s still to come for me. To be continued…